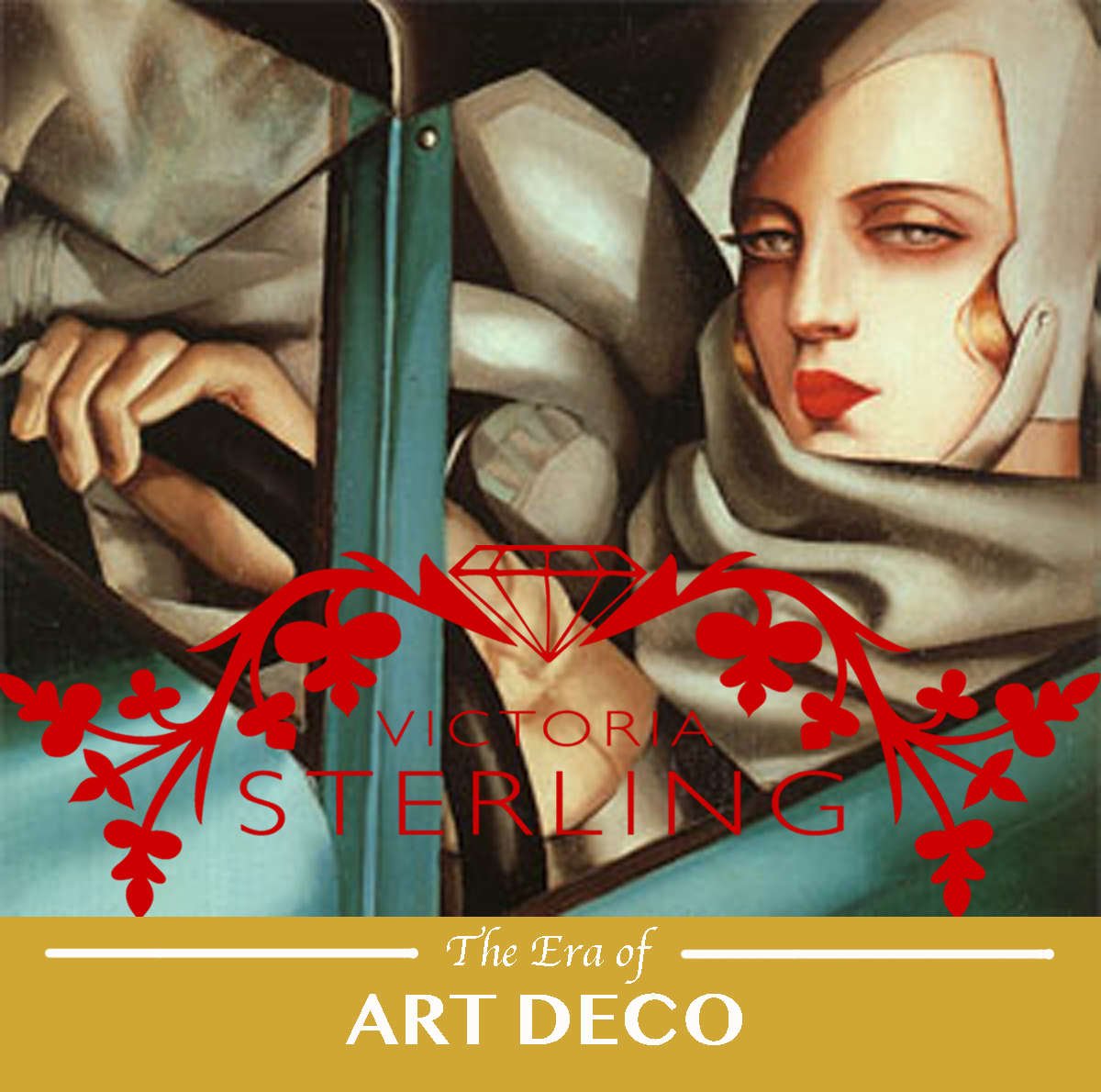 Sparkly beaded flapper dresses, open air cars with sexy lines, bobbed hair. The Art Deco style was all about sparkle, all about contrast, they loved to play bright orange against black, loved angular lines, chevrons. The Tomb of King Tut had only recently been discovered and so patterns and colors derived from ancient Egypt abounded. As Eras go, it was a short one, only 21 years of wonderful, glorious excess and style, style, style. Oh, what a time it was!
See All of our Art Deco Jewels 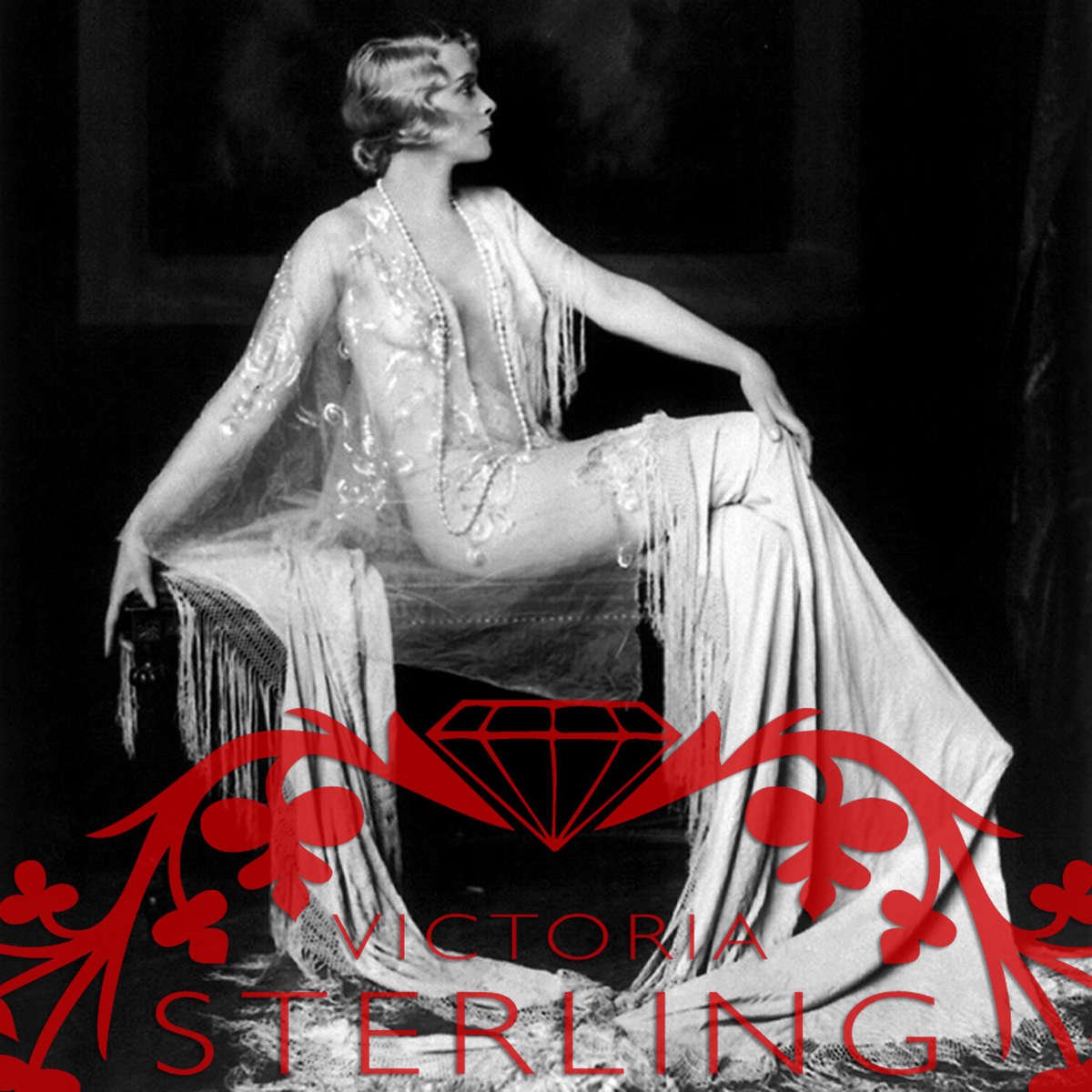 In the mid-1920s, the Art Nouveau movement gave way to Art Deco, which was popular throughout the 1930s. Like Art Nouveau, Art Deco had strong roots in France, and while the name is thought to have been taken from L’Exposition des Arts Decoratifs et Industriels Moderne in Paris in 1925, the phrase was not commonly ascribed to the aesthetic until 1968, when English art historian Bevis Hillier wrote his definitive "Art Deco of the 20s and 30s."

Unlike Art Nouveau jewelry, which celebrated organic and flowing forms, Art Deco jewelry is marked by its geometry and symmetry. In this respect, Art Deco has more in common with the highly graphic and stylized designs of Arts and Crafts than Art Nouveau. In addition, Art Deco is a product of the machine age. Thus, Art Deco designs often adhere to grids, while other examples appear to be in motion, as if their lines had been pulled by the mechanical acceleration of the object itself.

Two of the most revered jewelry designers of the period were Cartier and Van Cleef and Arpels, whose diamond-studded bracelets, ruby-flecked brooches, and sapphire earrings expressed the opulence and free-spending abandon of the 1920s. Black onyx and red coral were also popular materials, for the graphic properties if not their intrinsic value.

Of course, Art Deco jewelry did more than just reference geometry and machines. Many pieces were influenced by trends in fine art, particularly Cubism and Futurism. Indeed, in a later book called “Style of the Century,” Hillier describes Art Deco as “tamed Cubism.” In the 1930s, numerous artists contributed to the so-called "pseudo-barbaric" offshoot of Art Deco, among them Georges Braque, Jean Dubuffet, and Pablo Picasso.

Egyptian Revival designs are also sometimes lumped into the sphere of Art Deco, thanks to their repeated and radiating patterns in colored enamels as well as precious metals and stones. And Art Deco jewelry was produced in gold, perhaps nowhere better than in Pforzheim, Germany, where goldsmiths such as Emil Lettre and Theodor Wende made pendants, brooches, and other forms in graphic, geometric designs, sometimes incorporating emeralds and pearls into their work.

Sign up to get the latest on sales, new releases and more …